In this post is all about what I want to do over the summer. I would want to continue my MMA Practice because it is something that I am good at and I like it. I want to move up two belts this summer. It will take a lot of work but I am willing to put in the hours and practice everyday. I also want to learn all of the elements on the periodic table so I am prepared for seventh grade. The last thing I want to do is spend time with my grandparents and run around on their property in Colorado. 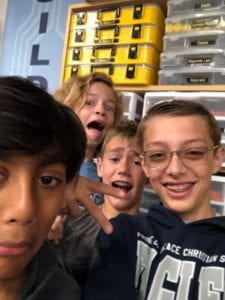 Sophie shows a lot of bravery in trusting and being friends with a giant as she try’s to get home.

I would give the book 3/5 because I was not really hooked on the plot of the story.

The change that happens between Sophie and the BFG is that the dynamic of their friendship is Sophie relying on the BFG to take her home, now I can sense that they are starting to have a friendship grow between them.

The bullie in the story is the other giants, because they love to eat humans. Sophie is scared and relys on the BFG to protect her.

If you get picked on and bullied is to never give up, never throw in the towel, never give up and come back stronger.

My first question is, are all giant cannibals?

I think that are giant are all cannibal, because thats why the BFG is called the BFG and not referred to as a normal giant.

My second question is, that why is the BFG a vegetarian and not a cannibal?

I honestly don’t know about this one, but if I were to guess I think that he was a normal human to start out with then something happened to him and he grew into a giant.

My final question is, why do the giants hide from the humans?

They are so taller than the humans why do the hide? I think it is because they don’t have a choice and they can only be out at the witching hour.

My first impressions of this novel is that it is very descriptive, and I like that. The start of the story is where Sophia stays up to the witching hour and she sees something running towards her. I relate to the beginning because I wake up usually around witching hour (3am) and I think I see things but they are actually just shadows. I get really scared and I usually I get a glass of water.

The main character (Sophia) and the BFG.

Right now in the story there  is a lot of fear between Sophia and The BFG (Big Friendly Giant).

I have one question and it is!!!

What was in the bottle that the BFG had in the beginning of the story.

My name is Charlie I was born in Plano Texas. In Plano the average winter is 50℉ with clear skies. the summers are extremely hot getting above 100℉ . I live in an urban neiborhood. I love going to this school my favorite food when it is lunch time is macaroni and cheese. What is your favorite food?

A horrable person shoved my extraordinary guitar and covered it in mustard. I wannted to play my gutar infront of my friends, now it is covered in mustard so it is impossible to play songs. I was tring to brain storm ideas but everything failed. I tried wiping the mustard of but that didn’t work. I tried to put the guitar in the washing machine, the strings got messeed up so now I deffenently can’t play the guitar. I went to go get a new guitar from the guuitar store but the guitar store was sold out of guitars. I was desspret so I went on amazon and ordered a guitar with same day dillivery. It ended up work out in the end and my friends loved my guitar playing skills. 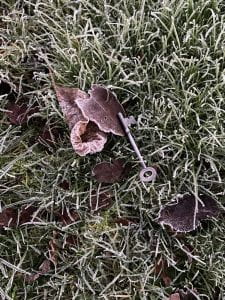 It was a sunny day in summer. I was out playing tag with my friends. When somthing fell out of the sky and hit me on the head. I fell to the ground. I wonder what hit me on the head? I was looking around in the grass, and then I found it. It was a golden key, it was glowing and stuck in the ground. I tryed to pull it out of the ground but it wouldn’t budge. I tried to pull again and it came fling out and leaves started to fly in the air.

Today I interviewed my friend about books that he read. This was my very first podcast.

I am thankful for all the food that I had my favorite was my Grandad’s meringue pie. I had fun seeing my cousins I played blocks with them, talked to them and over all just spending time with them. I liked to spend time with my Grand parents we went for walks, we prepared Thanksgiving dinner. Then we went home and played golf at Top Golf. I won one of the rounds and it was a blast.